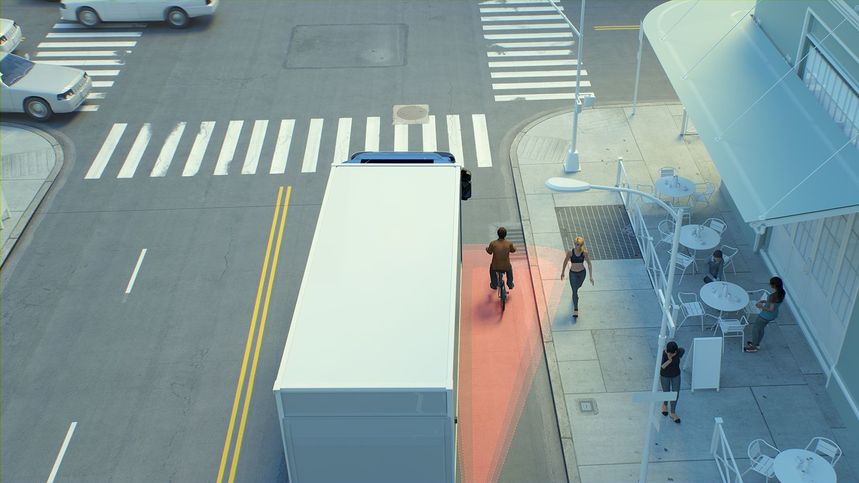 The dangers posed by blind spots are highlighted by a number of statistics. The European Union, in particular, has done a significant amount of research into this issue. A 2016 report by the Transport and Environment organization examined truck safety and blind spots in particular. For heavy vehicles, one of the most potentially dangerous situations is when the vehicle turns right and a cyclist is in their passenger side blind spot. These types of collisions are responsible for between 15-20% of all cyclists killed on the roads in Denmark, 9 cyclist deaths annually in the Netherlands and 23 cyclists in Germany in 2012. 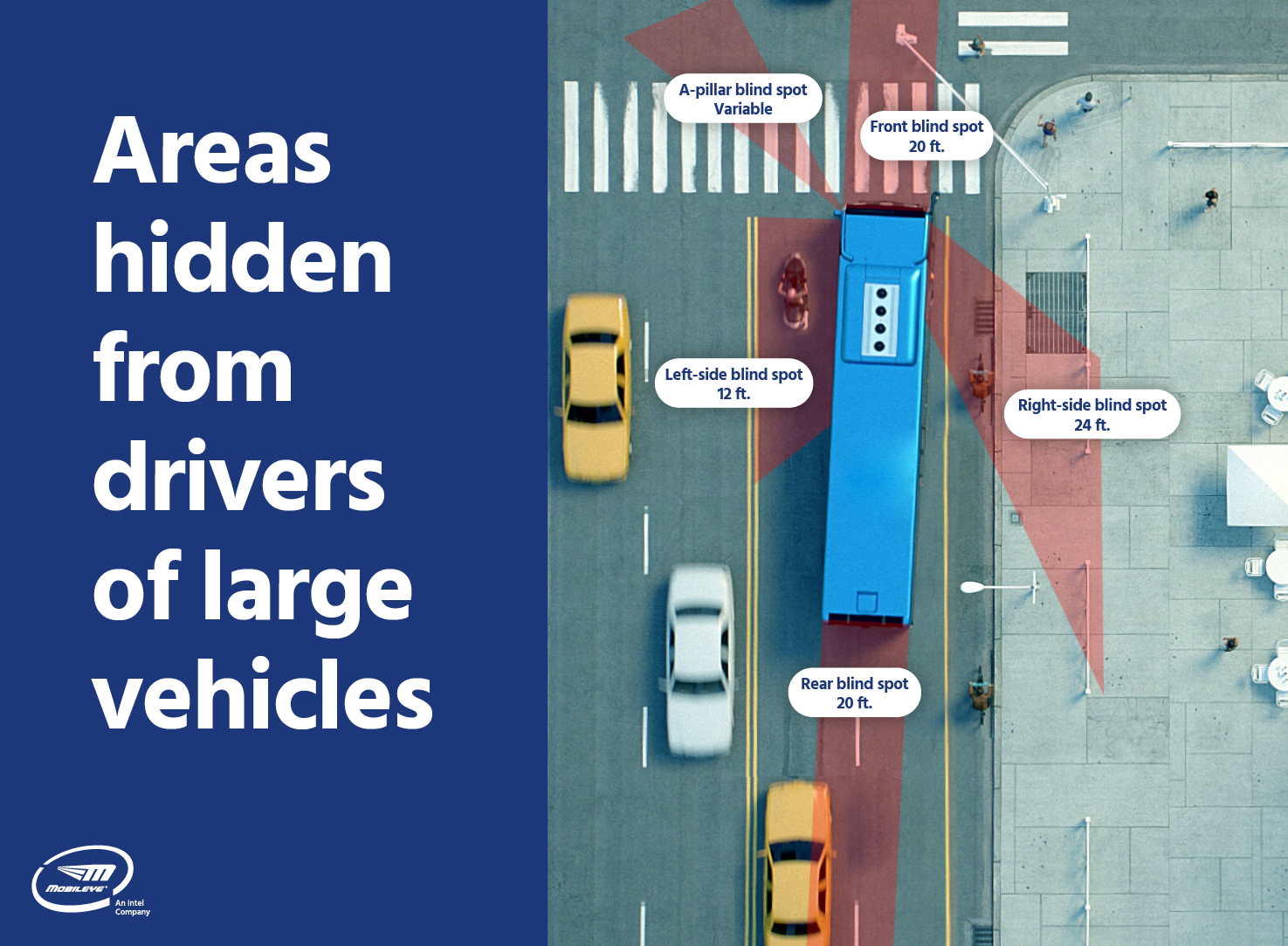 In the US, the Amalgamated Transit Union estimates that one pedestrian is killed every ten days due to blind spots on buses.

How Stuff Works refers to blind spots as, “one of the most significant flaws in automotive design,” claiming that in the US there are more than 800,000 blind-spot related collisions every year, 300 of which end in fatalities.

Throughout the years, a number of different solutions have been developed to help overcome the dangers of blind spots. These can be divided into “passive” and “active” solutions. For the purposes of this blog, we will be looking at aftermarket blind spot protection systems.

One of the most effective, and low tech, solutions to the issue of blind spots is the proper use of mirrors. In 1995, engineer George Platzer published a paper explaining how automobile drivers could adjust their side mirrors to completely eliminate blind spots. The main drawbacks to this system are that it is a bit more difficult than the traditional way of adjusting mirrors and that it relies on people making sure they readjust their mirrors when switching drivers.

For heavy vehicles, their size makes it more difficult for mirrors to cover all their blind spots. Bigger blind spots means bigger mirrors but that comes at a cost – the mirrors themselves can create blind spots, especially in conjunction with a vehicle’s A-pillar. For bus drivers this means they need to bob and weave when making turns, a maneuver that can mean leaning 20 inches and which needs to be repeated at every turn.

The approach of using multiple mirrors to overcome blind spots is criticized in a report prepared by the Design School at Loughborough University for Transport for London (TfL) and Transport & Environment (T&E), “Relying on a multitude of different mirrors and their often distorted images can be confusing and requires time, which drivers often do not have in complex traffic situations. Mirrors also need to be correctly aligned which often isn’t the case. Indeed, despite the presence of mirrors, blind-spot accidents remain a serious, and in many cities, growing problem.”

A passive camera-based blind spot protection system1 involves mounting a wide-angle lens camera on the side or sides of a heavy vehicle, some systems also incorporate a rear camera. These cameras display images of the blind spots on monitors in view of the driver. Some of these systems only activate the camera when the driver signals a turn. While this system gives the driver a clear view of the blind spot it does rely on the driver remembering to look at the monitor and comprehend the image, something that may be challenging while navigating high pressure urban traffic.

There are a number of active blind spot protection systems available, but what they have in common is that they all issue a visual, audio and/or haptic warnings to drivers. This takes some burden off the driver, knowing they will be warned of potential hazards. These types of systems offer a number of different protections:

The blind spot in back of a heavy vehicle can be very dangerous especially in a crowded urban environment. Not only do drivers have to deal with moving objects such as other vehicles, pedestrians and cyclists but even stationary objects like walls can be an issue. Blind spot protection for this area often includes a sensor to detect the distance between the vehicle and an object in back of it and a camera so the driver can clearly see what’s going on in back. Some systems offer cross-traffic alerts, activated when the vehicle is backing up to warn of potential collisions from traffic approaching from either side.

Lane change protection uses sensors scanning the blind spots on either side of the vehicle and are designed to detect vehicles located there. The most common use for these systems is to warn drivers who are about to change lanes if there is a vehicle in their blind spot. These alerts are sometimes linked to the turn signal, and so are only triggered if the driver is about to change lanes. These systems are mostly useful for highway driving.

As with lane change warnings, these systems scan the blind spots on the sides of vehicles, but in this case, detect pedestrians or cyclists in these areas. If a potential collision is detected the driver is warned. Some of these systems, such as Mobileye Shield+™, have the ability to differentiate between pedestrians and cyclists the driver should be aware of and those in danger of an imminent collision.  These alerts are more useful in urban settings and especially in situations where a cyclist is passing a heavy vehicle as it’s turning right.

As mentioned above, there are two blind spots in front of a heavy vehicle, one directly in front of the vehicle and a second, created by the A-pillar/side-mirror as the vehicle turns. The former can lead to a collision as the vehicle, most commonly a bus, pulls away, while a pedestrian is standing in front, while the latter can endanger pedestrians as the bus turns left. Forward-facing collision warning systems with pedestrian/cyclist warnings, such as that in Mobileye Shield+, alert drivers to these potential collisions.

While these active systems can greatly benefit drivers, they do face a great challenge especially in crowded urban environments. Here, they are faced with a wide variety of objects, pedestrians, cyclists, and vulnerable road users, all of which can be difficult to identify and distinguish. This leads to the dilemma of false positives – on one hand missing an alert can lead to a disastrous collision, on the other, too many false alerts will lead to drivers ignoring warnings or even disconnecting the system2. That is why, for these systems, artificial intelligence (AI) is key. It is the AI that distinguishes between a pedestrian and a pole, and between a cyclist at rest and one on a collision course with a vehicle.

To find out more about how blind spot protection can help protect your fleet, contact a Mobileye rep here. 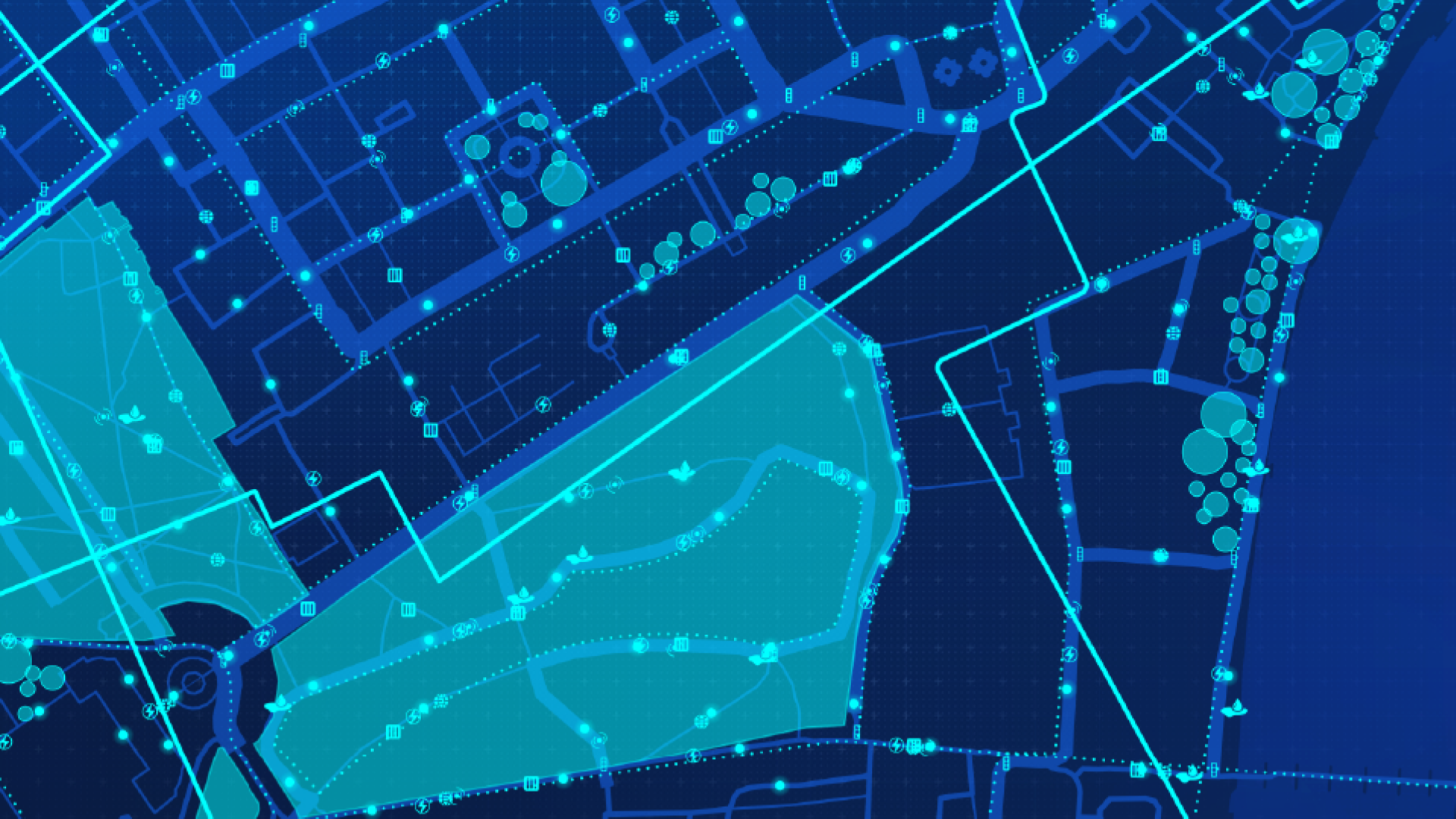